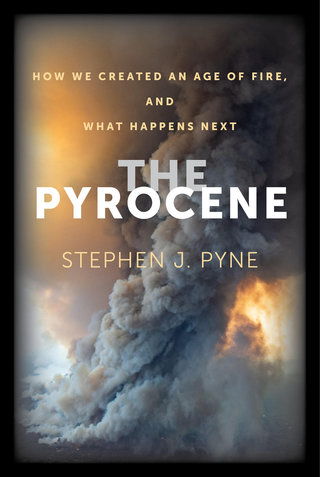 Climax to a geologic epoch - coming in September 2021.

The contemporary fire scene in America

A multi-work survey by grand narrative and regional reconnaissances.

I coined the term Pyrocene as a catchphrase in a 2015 essay titled "Fire Age" published in Aeon.  Since then I've started using it regularly, and in 2019 began to propose it as an informing principle (in a literary sense) by which to understand the world our pact with fire has made.  I have long regarded all of the Holocene as an Anthropocene.  From a fire perspective I now regard the Anthropocene as a Pyrocene.

This page has links or PDFs from essays I've written on the theme.  I'm at work on a short book that will develop the notion with more heft; the University of California Press will publish it in fall, 2021.  Basically, the concept says we are in a Fire Age of comparable scale to the Ice Ages of the Pleistocene.  Its core premise is that we made an alliance with fire that gave us small guts and big heads, and then took us to the top of the food chain, and now threatens  to unhinge the planet. Whether that alliance is a mutual assistance pact or a Faustian bargain may be the question of our time.

The planet is burning (expanded essay in Aeon, Nov 2019). Leyokki has produced an art video on the theme.

Portal to the Pyrocene (commentary on Fort MacMurray fire)

Welcome to the Pyrocene.  An elaboration in Grist on an excerpt from my forthcoming book.

From Pleistocene to Pyrocene: fire replaces ice.  Earth's Future (17 Oct 2020).  A commentary on the concept for AGU readers.

Yale Environent 360: Paradoxes of the Pyrcene

Q&A on the Pyrocene for Bloomberg City Lab (August 2020)

Welcome to the Pyrocene

A webinar for the PNW Fire Science Consortium (Jan 2020).  Visual introduction to the Pyrocene as analogous to an ice age informed by fire. Had some audio problems, and CC garbled parts of the text, so we redid the presentation - no intro, no Q&A, 31 minutes.

A webinar hosted by the PNW Fire Science Exchange - a visual introduction to the concept of the Pyrocene as an analogue of an ice age informed by fire.  Some audio troubles, so the techs added CC. (Jan 2020)

Australia and the Pyrocene

An op-ed for the Guardian (US).  For a fuller, more nuanced version (before editing to fit it to op-ed specifications) see "Burning bush, burning Earth" under Blogs.

Big Fire; or, Introducing the Pyrocene

Fire history as big history, with an emphasis on the shift from burning living landscapes to burning lithic ones.

From the lightning bolt to the SUV  (from Natural History)

Alaska as North America's portal to the Pyrocene  (from Natural History)

We got greedy, and a Fire Age is upon us.

California is built to burn, but the serial conflagrations of the past three years make a useful point of departure - if only to get attention - to a coming fire age. For a Spanish translation, click here.

An article based on conversation with Salon. 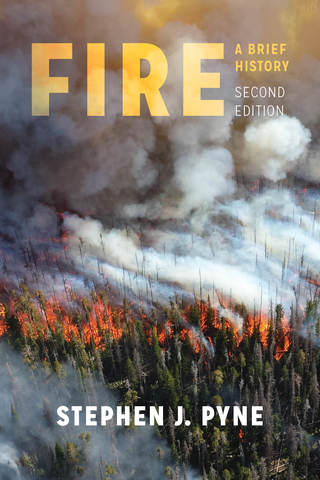 Revised, updated, and now available as an audiobook. 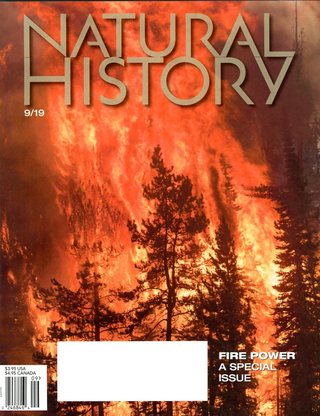